Apollo is a god in Greek mythology, and one of the Twelve Olympians. He is the son of Zeus and Leto and the twin brother of Artemis.

He is the god of healing, medicine, archery, music, poetry and the sun. He is the leader of the Muses. He also is a god of prophecy and justice. Apollon became also known as the god of Sun (Helios). 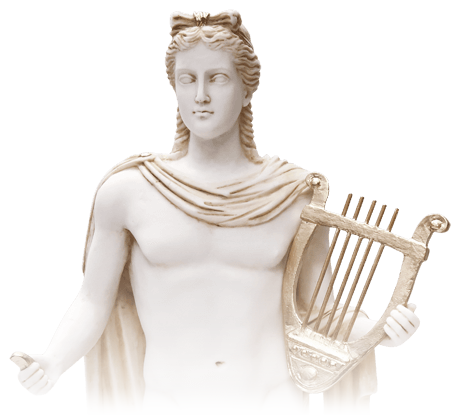 He is shown as a handsome young man, wearing a laurel wreath and playing the kithara (lyre). This Lyre is our logo which symbols the Greek sun and the magic of Aegean Sea… the medicines of the soul!